How to Win in Teen Patti

Home » Blog » How to Win in Teen Patti
Uncategorized 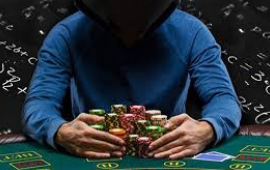 Teen Patti is one of the most well-known games in India. Although there is a lot of luck involved in the game, good players will ultimately win more rather than lose. Regardless if you play Teen Patti online or with your friends, it is critical to keep a cool head and make good decisions. The following are the top 11 tips on how to win in Teen Patti and become a better player.

1. Always start out with small bets

Keep in mind that Teen Patti is a marathon and not a sprint. You will be playing many hands in a single session. It is a better move to spread your bets and provide yourself many chances to win.

2. Never be too expressive

When you play Teen Patti, online poker, or any game that combines skill and luck, it is critical not to get too emotional. Emotional players become irrational and make bad decisions that will ultimately cost them excessive amounts of money.

4. Do not be afraid to lose

Professional players know that they do not have to win every round. An experienced player is someone who doesn’t win all the time. They are someone who makes enough money playing Teen Patti to support themselves in the game, meaning this kind of player wins more than he loses.

Another crucial thing that separates a pro from an amateur is the number of rounds played. A pro player has played thousands of rounds prior to achieving a level of success.

6. Never play for real money until you understand the game

Teen Patti is a game where you can win or lose huge amounts of real money. If you are going to play this game, it is best to know everything about the game first before wagering your life savings. It is actually effortless to learn how to play. A majority of online sites allow you to play for free, with free chips. As you get more skilled, you can start playing for small amounts and gradually for larger sums of cash.

7. Set your limits before you start playing

Prior to playing, decide how much you are comfortable losing. Never play with borrowed money or money you need for rent, food, or other essentials.

In contrast to poker, Teen Patti allows you to play blind as much as you like. This means you can raise the stakes even before you or other players have seen the cards. It makes amateur players play recklessly and often makes them fold a lot swiftly. Players will also often act more emotionally if the stakes are higher, making them easier to read. If the round starts with a small bet, a blind game will not cost you that much.

9. Be prepared for anything

Even though a certain amount of skill is involved, Teen Patti is still a game of chance. You may have a great set of cards with three Jacks but the person sitting on the other side might have something better, such as three Kings, and still beat you. Do not be caught by surprise.

10. Keep in mind that opportunities can strike at any time

Teen Patti is a highly dynamic game. Players can fold or raise unexpectedly. Even though you may think that other players have higher cards than you, you will find them folding after a single round. It provides you with an opportunity to win even if you have bad cards.

The pack or fold is made when you end your hand for the run. Thus, the money you bet is forfeited. This move is made when the player thinks that they cannot win the hand. When you pack or fold, it means you are actually saving your money from being lost in the hand, which you are not able to win.

Always bet a small amount of money since it will help you place stakes for many hands rather than lose all your money in one hand. Always read the pattern of the game and calculate your opponent’s cards. Avoid playing at a table where you’re playing with players who come from the same group. 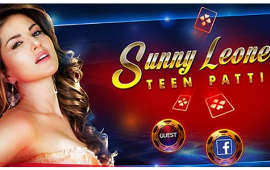 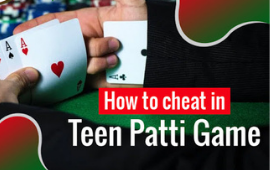