Is Teen Patti Legal in India?

All you need to know about the laws of India's favourite card game.

Without a doubt, Teen Patti is one of the most-loved games in Asia, especially in India where it is at its most popular. Many people play Teen Patti, and there are a lot of ways in which you can get involved.

Some choose to play for fun with friends, others play local games against others while the fastest growing way to play, is to play Teen Patti for real money online against other people. This offers a convenient way of gaming for many people, and a chance to be lucky and win money. However, there are questions raised about the legality of Teen Patti, which many people are concerned about.

The Legality of Teen Patti

It is fair to say that there is one main reason why people question if Teen Patti is legal or not. This is because the Indian gambling laws have many grey areas in them, and Teen Patti comes right in the middle of those.

On one hand, you have gambling companies actively targeting the Indian market, and they have ensured their game selection caters for the needs of players. This means that the vast majority of them, if not all, offer Teen Patti gaming to those who sign up and hold an account.

If you look at the rules in India though, there is nothing written that states gambling in the country is allowed, and many things are broken down depending whether they are a game of skill or game of chance.

This is something that often leaves players confused, especially those who really want to play Teen Patti online, and want to do it legally.

The Gambling Laws in India for Teen Patti

The original gambling laws in India date all the way back to 1867, when laws were created by the British government, who were controlling India at the time. Since then we have seen updates and additions to the law, but in many ways, a completely fresh look and up to date view is needed.

Written in the rules are terms such as 200 Rupees fines and three months in prison for those who break the gambling laws in the country. Amendments have tried to clear things up over the years, but there are still many great areas that concern people. 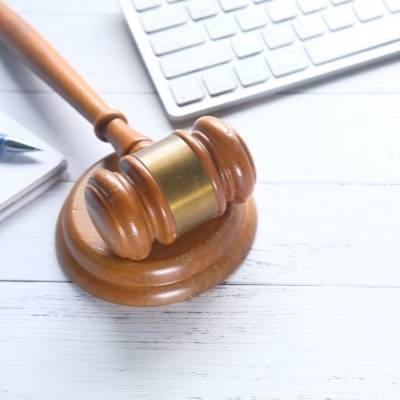 When it comes to the law, here is what we know and what is clear.

There is also a split between games of skill and games of chance. The exact wording is this:

While people may use skill to know when to bet and when to fold, what types of move to make in certain Teen Patti variations and more, others would say the game was purely based on chance and the cards you are dealt.

There is no definition of Teen Patti in law, it very much falls into the grey area right in the middle of being a game of skill and a game of chance, because it probably is both.

Historically, there is hope for those who want Teen Patti legal in India. Back in 1968, it was declared by the country that the game rummy was a skill-based game, and those playing it could not be punished.

Rummy is a different game to Teen Patti, so this does not definitively clear things up, but it certainly gives hope to those who enjoy playing Teen Patti.

Another confusing element for those who are trying to be on the right side of the law relates to visiting gambling venues and setting them up. There is no mention of online play here, so those who are looking to play online against other people have this to consider too, which gives them too confusing grey areas to think about.

To try and aid with online issues, an Information Technology Act was created in 2000, and then updated in 2011. This has small gambling elements in it, though nothing that can comprehensively say either way whether Teen Patti is legal or not.

In 2011, regulations came in regarding internet gambling, with online payment methods, hosting providers, search engines and mobile phone networks all having to abide by the new rules. Online casinos like Betway are able to offer gambling services to India as long as they are located outside of the country. However, even still at this stage, it is very difficult to work out whether Teen Patti is legal or not as it is not specifically mentioned within any of this information.

The regular gambling laws all came before online gaming was a thing, so of course they are not mentioned in them. No mention does not necessarily mean something is legal or illegal, it means that we simply don’t know.

If you look at the game of Teen Patti, it is a game that involves playing with random cards. Yes, there may be some skill involved once you know how to play Teen Patti, but it is fair to say that there is far more luck than skill involved.

This means that although there is nothing written in the gambling or internet laws, it is likely that Teen Patti is considered as gambling and playing to try and win real cash is not permitted.

However, there is nothing written down to prove this, and to guide people, which is the biggest frustration about the way in which India works with gambling. Some states in India do allow Teen Patti play, and people who are from these areas can get involved and play the game they love.

If you are from elsewhere then you will have to look for an alternative. At the moment, that alternative is online, which is a very grey area, but also a place where Teen Patti is really booming right now.

There are many bookmakers and casinos targeting the Indian market and offering games including Teen Patti to players in India and other parts of the world. Many Indians have been using these sites for years with no problems, and the providers continue to target the country hard. If the Indian law makers wanted to act, they probably would have by now.